Defense was the name of the game when the Reidsville Rams squared off against the Northeastern Eagles (Elizabeth City) for the State 2-A Football Championship at BB&T Field in Winston-Salem.  The game was a rematch of last season’s championship game which Reidsville won on a last second field 31-28 after trailing 21-7 at halftime.  Reidsville brought a high-powered offense that averaged over 51 points a game in its previous fifteen games along with a stingy defense that had shutout eight opponents.  Northeastern’s success was based on a strong running attack that averaged 220 yards per game during the season and a defense that featured two future FBS-level ends.

Preparing for the game, Rams Head Coach Jimmy Teague stated that he hoped his defense could slow the Eagles’ running game down and make them work for what they get.  He also thought that it would be critical to win the turnover battle.

Teague and his assistant coaches obviously worked diligently during the week and found the formula to limit the Northeastern running game as the Rams’ defense allowed the Eagles a mere 101 rushing yards for the game.  More importantly, the Rams kept Northeastern out of the end zone enabling the Rams to capture the championship with a 14-0 victory.

Reidsville’s only two scores occurred in the first half, and its defense was outstanding.  After allowing Northeastern 34 rushing yards and two first downs on its first possession, the Rams’ defense dominated the Eagles’ offense the remainder of the first half as it held Northeastern without a first down on its five successive possessions.  At halftime the Eagles had only 43 yards of total offense.

While the Rams’ offensive explosiveness was limited by the Eagles’ defense, Reidsville did find some success.  On their second possession of the game, the Rams covered 46 yards on 6 plays to take an early 7-0 lead.  Quarterback Kyle Pinnix connected with Breon Pass on a 34-yard pass play that took the ball to the Eagle 1-yard line.  From there, Lionel Long, who gained 156 yards on 31 carries in the game, punched the ball into the end zone.  Anthony Franson’s PAT was good.

The second Rams’ score came late in the 2nd quarter with a drive that started at the Reidsville 3-yard line.  After three rushes by Long moved the ball to the 21, Pass took the handoff on a sweep and ran 53 yards before being tackled giving the Rams a 1st-and-10 at the Northeastern 26. Long ran for 9 yards before Pinnix got to the edge and outran the Eagle defenders on a 19-yard scoring dash.  Franson’s PAT was again successful and Reidsville led 14-0 with 1:38 left in the half.  Coach Teague felt this score was crucial for his team as it “got the momentum on our side.”

Both teams had excellent opportunities to score in the 2nd half, but neither could cash in.  Northeastern’s first possession of the 2nd half began at its 46-yard line, and the Eagles marched downfield to the Reidsville 7-yard line where they had a 1st-and-goal.  The Reidsville defense rose up a to stop three consecutive rushing plays for short gains leaving Northeastern with a 4th-and-goal from the 5.  Quarterback Holden Hodge’s pass on 4th down to Jerron Hinton was incomplete ending the drive.

Reidsville’s chance to increase its lead came at the beginning of the final quarter of play.  Beginning at its own 15-yard line, the Rams rode the rushing of Long and a 28-yard pass play from Pinnix to Pass to earn a first down at the Eagle 17-yard line.  Following a 3-yard run by Long, Pinnix was unable to connect with his receivers on the next 3 plays allowing Northeastern to regain possession of the ball.  The drive was important in that it used up 5:37 on the clock, leaving Northeastern barely six minutes to stage a comeback.

The Eagles’ last effort advanced to the Reidsville 47-yard line before Jaden Robinson  of the Rams intercepted a Hodge pass ending all hope for Northeastern.

Reidsville dominated the stat sheet as its total offense for the game outdistanced Northeastern 324-135, and the Ram defense limited the powerful Eagle running attack to 101 yards in 31 attempts.  Reidsville went to a more conservative game plan as they ran 42 times and attempted only 18 passes. The Rams gained 213 yards on the ground and an additional 111 through the air.

Coach Teague in his postgame comments stated that he didn’t think Reidsville could have played any better defensively, and that this was probably the team’s best defensive game of the year.  He commended his staff for their efforts and said that his team had a great week of preparation. He was especially complimentary of his offensive line.  “I don’t know that we’ve ever had a group of five better than this group.  We’ve had some good ones, but this is probably as close-knit a group of five that we’ve ever had.” 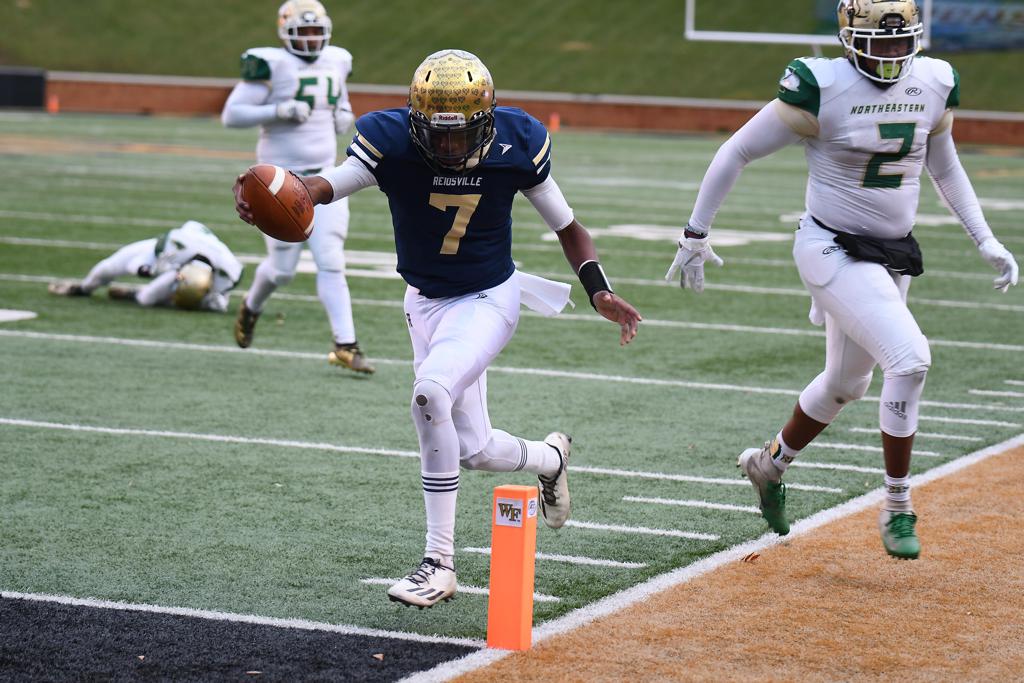 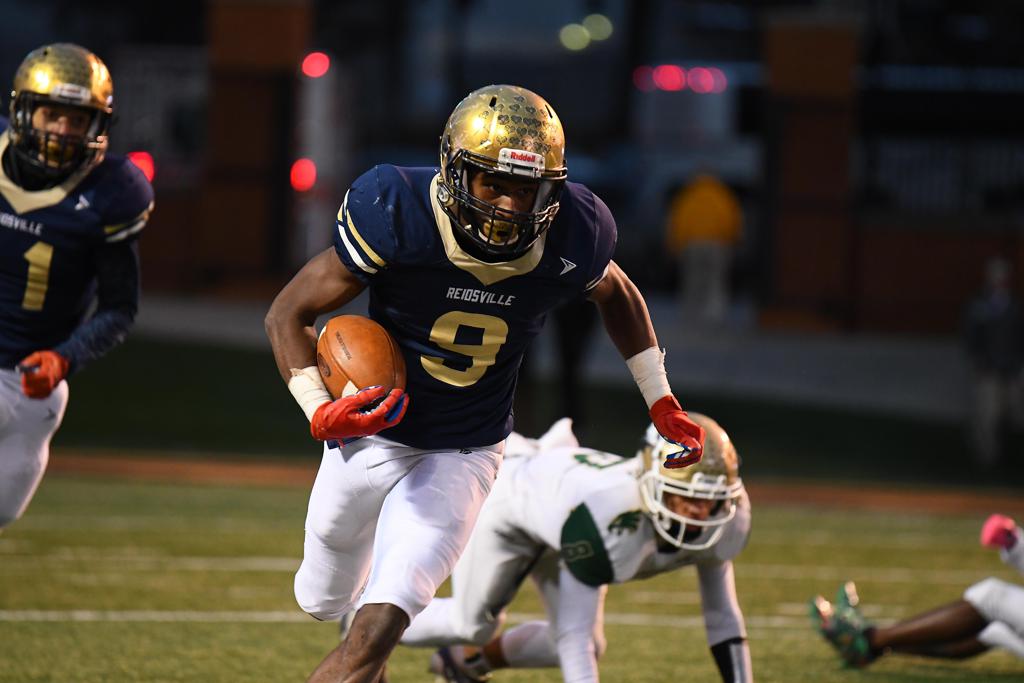