Muse vs. Muse: Almost Identical, even to their record! 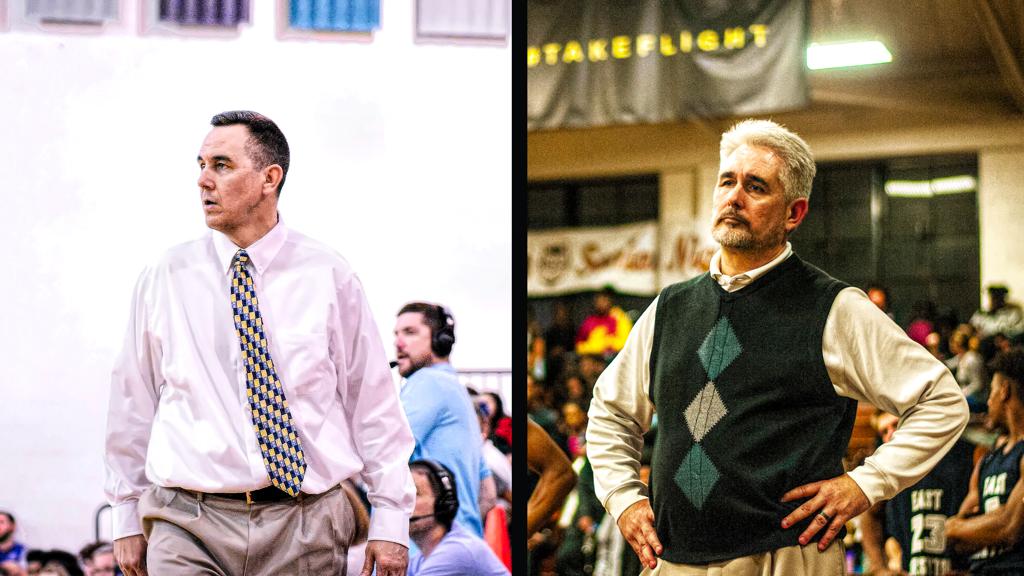 You may have read something about this family before, but the Muse Brothers, Andy and Mike, have faced off on the basketball court 22 times and both hold a record of 11 wins against each other.

And now, on Tuesday November 27th, Andy and his Mount Tabor Spartans will travel to East Forsyth, where he and Mike will square off once more, tipping off their 2018 basketball season with records on the line.

But you see, neither Andy nor Mike care about wins or losses. That’s what truly makes them Identical.

“I couldn’t tell you what the records are and I don’t really care” laughed younger brother Andy Muse. “The media and the community make a bigger deal out of us playing than anything else.  At the end of the day it’s just a game.”

“We don’t keep count” explained older brother Mike Muse. “We play and move on to the next.  I couldn’t tell you my record against any team or coach.  It’s not why I’m in the business.”

It’s not exactly a rivalry

When you are talking about the Muse brothers, you will always think of their brotherly bond and respect for family.

Every Friday night during the fall you will see a rare sight. That is if you’re not familiar with the Muses.

If you ever wander to a Mount Tabor Football game, look up into the stands and to the right of the press box. On the top row, you will find Andy and Mike side by side, laughing, smiling, and supporting the same team.

Twins Aaron and Andrew Muse, sons of Andy, play football for the Mount Tabor Spartans and their Uncle Mike will always be there to support them. Along with “Uncle Moose” is the twins’ older brother Adam Muse.

Yes, the brothers are a tad competitive against each other, but Andy explains they have an incredible relationship.

“Adam has been a great role model for the twins.” Andy explained.  “He helped us raise them and showed them how to make good decisions on and off the court.  All of us are very competitive, so you will see some energetic body language come out from both Adam and the twins during this game.”

No one was happier to hear of Adam’s assistant coaching hire than his Uncle.

“Having Adam is a blessing” said Mike. “He’s a bright young coach with 8 years of college experience that players can easily relate too.”

Even though Adam and Mike will be on the other side of the ball, no matter what, they will always be excited for the way the twins play and their careers.

Andy and Mike have set an example when it comes to facing family on the court. Both will always be in full support of the other. The victor may feel wonderful at first and celebrate with their respective teams in the locker room, but a part of the winning coach will always mourn for the loser.

After every matchup they’ve ever had, as the gym clears, the brothers always come back out to see each other.

Both Andy and Mike have cited their father, Tom Muse, as their role model and the reason for them falling in love with basketball.

Tom started coaching at Parkland High School in 1965 and led the Mustangs for 30 years. He left a legacy at Parkland, not only as a coach, but as an ambassador to all of the students of the school.

“Growing up in a High School coach’s house was very impactful for me to choose a career in coaching” Andy recalled.  “Some of my best memories are going to Parkland High School to all the Football and Basketball games from birth to after college”

“My dad and the coaches he worked with were all my heroes growing up.” explained Mike. “His players took us in like younger brothers.  I loved the brotherhood.  Being a gym rat made a huge impact.”

Mike, the eldest of the two, got his start as the Head Basketball Coach for the North Forsyth High School women’s basketball team, eventually leading him to the men’s varsity head position.

From there, Mike worked his way up to an assistant coaching job for the Wake Forest Demon Deacons, where he remained for three years.

Now, Mike has found a home with his East Forsyth Eagles Men’s Varsity team, where he began coaching in 2012.

Andy, the more even-tempered brother, but not by much, started as a Coaching Grad assistant at Gardner Webb in 1989. After learning from the collegiate level, Andy became an assistant coach for Parkland High School in 1990.

In 1992, Andy would take another assistant coaching job at Mount Tabor High School and hasn’t left since. In 1994, he was named the head coach of the Spartans.

Tom couldn’t step away from the sport he loved so dear, that’s why he’s been an assistant coach to Andy for the past 23 years.

“It’s been awesome having the chance to coach with my dad for all these years at Mount Tabor” said Andy. “He has been a great mentor for me, my family and our coaches and student athletes at Mt. Tabor.  It’s funny to listen to all the situations that come up and get a different perspective from one another.”

The same could be said for Mike and Adam over at East Forsyth.

“It’s nice to have support and people close to you that understand what you do and why you’re doing it” said Mike about coaching with family. “It makes us closer.

The matchup between East Forsyth and Mount Tabor will truly be a family affair.

Andy and Mike may coach for different teams, but their way of life and passion remain the same.

When you walk into both Andy and Mike’s offices you will see team photos of their “Frank Spencer Holiday Classic Champions,” Conference Champions, and several other prestigious achievements.

The brothers’ successes are similar, just as much as their approaches to coaching.

Despite the age difference, both brothers have learned a great deal from each other, especially since they both created similar coaching styles after paying attention to their father and his teams.

“We have a lot of similarities” explained Mike. “Player focused, lifelong commitments, teach life skills, love seeing kids reach their dreams. Teaching boys to become men on and off the floor.”

Ironically, Andy’s answer could easily be correlated to Mike’s.

“We both coach with passion” said Andy. “We try to have disciplined teams that represent our schools well.”

It’s no surprise they have identical records.

Typically, the Muses will have a grill out every weekend as a family. Everyone enjoys seeing each other and occasionally competing in a tournament of some type of athletic activity.

Andy and Mike use this as a way to catch up but often to talk basketball too.

I doubt there was a conversation about basketball this past Sunday, but their brotherly relationship was still immanent.

When asked to complement each other, both brothers answered with nothing but the utmost respect.

“Mike does a great job getting his players ready to play each game” younger brother Andy said.  “He takes time to have a relationship with everyone in his program, from players, managers, video guys and assistant coaches.  He does a good job helping his assistants get ready to move into a head coaching role.

“Andy is a competitor and a relentless worker” said Mike. “He can visualize plays as good as any coach I’ve been around.  He would be a great college coach.”

If anything can be learned from the Muses is that a rivalry is nonexistent and family comes before anything else.

One thing is for sure. Andy and Mike are ready for the start of High School basketball in the Triad.

“It will be both of our teams’ first game of the year” Andy explained with a smile. “We will find out a great deal about our teams from this game. It’s always exciting to play an opening night game against a Winston-Salem team. It should be a good High School game.” 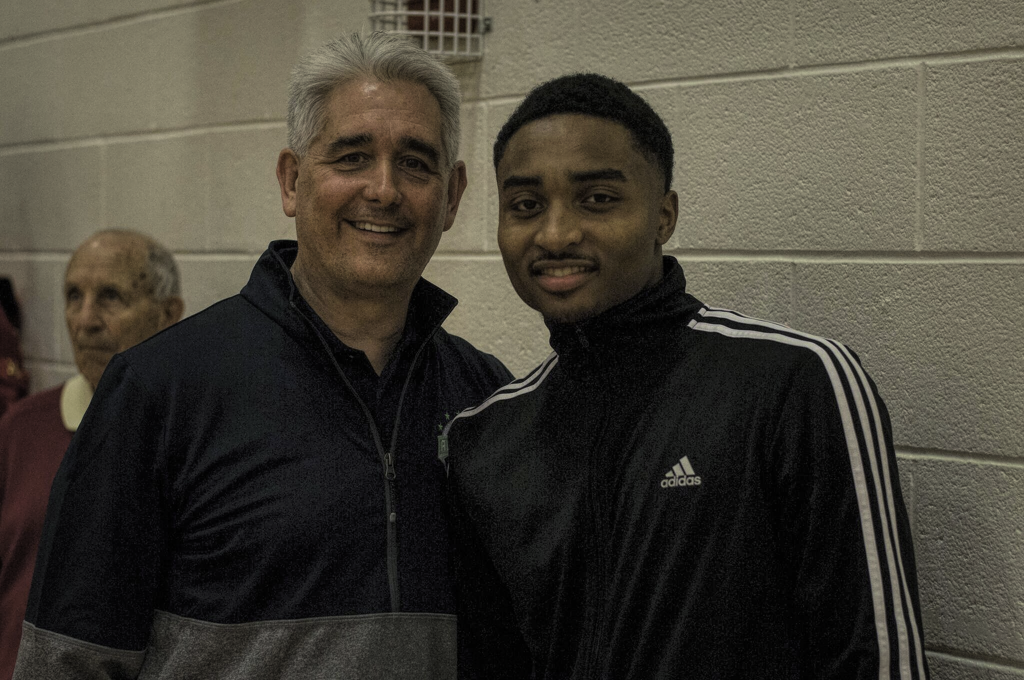 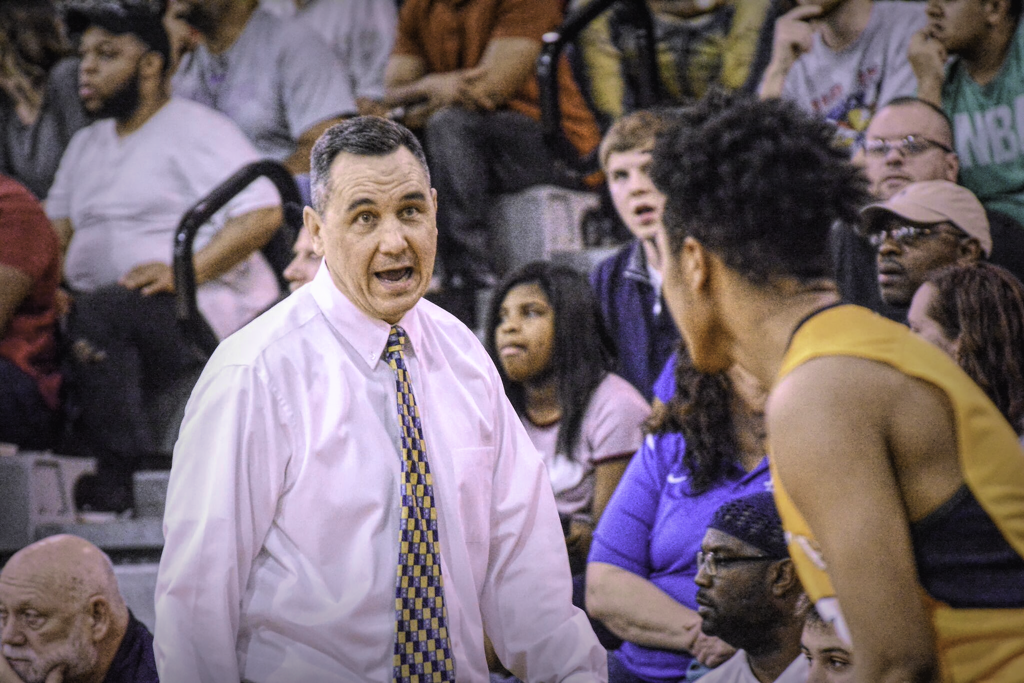